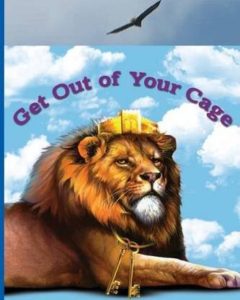 This seems like a simple enough topic but it really isn’t. Being on the losing side is a reality for many people and it wreaks havoc emotionally, physically and spiritually into one’s life. It is possible to rebound from being a loser but it takes discipline, mental strength and a desire to win. Whereas losing is an easy slide downwards that includes giving in to temptations, giving up and staying down; winning is the challenging climb upwards that requires the use of all the cells in one’s body, the strength of one’s mind and a spirit of determination, courage, confidence and absolute faith.

People on the losing side focus on their lack, they constantly think about how they got to this low place in their life. They are often depressed and lonely because not many people want to hang out with them because of the power of their negative thoughts. They will often attract other low life beings, however, they may sometimes attract a winner, someone who is on a mission to inspire the world, someone who feels it is their destiny to help people be all they can be. The loser will then try to leech on to this person for dear life, and try to live through that person. This will eventually cause more havoc because until the loser learns to act wisely, think proactively and motivate themselves, they will constantly find themselves alone, inadequately lacking the tools to rise and stay above water.

I have intently studied the losing quality of clients and members of my family, both male and female. They have not dealt well with setbacks. Instead of jumping over setbacks or taking a detour, they tend to linger or remain immobile in the face of setbacks, constantly wondering where they went wrong and how this could have happened to them instead of ways to improve and strengthen themselves so it won’t happen again.

Losers are mostly very thin, emaciated or obese. They have lost the will to take care of their bodies so their health is often in a declining state. They often overindulge in comfort foods and junk foods such as ice cream, candy bars, soda, white rice, white sugar and they often over indulge in cigarettes, alcohol and or drugs. They do not pay attention to their health. This further weakens the brain and other organs and makes a comeback harder.

They also tend to be very dependent, weak willed and give in to fears easily. They look for someone to protect them because whatever they went through has scared them, taken away their confidence and left them defenseless. Losers often stay in that position too long instead of finding a motivational class or joining a self-help group to help them to get out of that position. In other words they cry over spilt milk much longer than the average person.

Losers do not learn from their mistakes the first time around. They often have to repeat it over and over to learn the message. This further weakens their position and makes it harder to rise from the dung. In order for a loser to rise up, he or she must first realize that they are acting like a loser. They must look around and see how much they have lost. Then they must determine to stop losing. The battleground is the mind. That is where the fears are, the hurts, the pain. In the spirit, is where there is hope, strength, determination and courage.

Losers need to let go of the baggage so they can fly. The old hurts, who did them wrong, must go out and be replaced with forgiveness. Maybe that means contacting or facing the person who did them wrong and saying I forgive you. To some it may mean apologizing. Losers often don’t like to apologize because they have a victim mentality. They like to play the part of a victim instead of a victor. For example, a man could be married and not be a provider for most of the marriage leaving most of the heavy lifting for the wife. When that wife has had enough and leaves, he assumes the victim mentality. “She left me!” “How dare she do that?” Losers have no vision, they don’t see or read the signs and act; they often wait until it is too late. They have the deer in the headlights attitude of immobility. They don’t move until they get hit and then they retreat wounded and in pain.

Losers were not born losers, they acquired it along the road of life. In order to change the losing streak into a productive and happy life, losers have to want better for themselves and their families. They have to ask the question, “Do I want my children to see me like this?” If they have no children, they could ask, “What is my gift or legacy that I would like to leave behind in this world?” or “How can I make a better life for myself?”

Losers need to immerse themselves in motivational CDs, books and self-help groups. Church is a great place to start. A local small to midsized church would be ideal, so as not to get more ‘lost’. In addition, losers need to wake up earlier and plan their day. Make each day count for something. Taking a small positive action each day, like maybe meditation will go a long way in clearing the mind of the clutter and hurts. Making a commitment to improve oneself and setting a date on that commitment helps tremendously. Letting someone or a group know about the commitment keeps the person accountable. Writing down a vision for their life is also key, along with reviewing that written vision weekly or monthly and checking the progress annually.

Losers can become winners if they let go of the hurts, the fears and rejection and replace them with forgiveness, hope, discipline and the courage to get up, treat the wounds and then start rebuilding a life worth living.

Dr. Simone Lord is a pastor, writer and naturopathic doctor. Her books, Get Out of Your Cage: Keys to Freedom in All Areas of Your Life and Financial Freedom by Faith: A Guide to Prosperity, help people heal. Dr. Lord invites you to enjoy church service and Sunday brunch at Inspire NY.